On June 19th and 20th, OTG volunteers participated in a training class for trail maintenance in Ouray.  The class was sponsored and funded by the U.S. Forest Service Ouray Ranger District and taught by instructors from Volunteers for Outdoor Colorado (VOC), which provides instruction and support in trail work and ecological restoration to other nonprofits and government agencies across Colorado. Ten OTG volunteers joined 2 Forest Service recreation rangers to learn advanced skills in maintaining non-motorized trails, focusing on erosion control and major rock work.

The course was hands-on and in the field, “the best place to learn this stuff” according to Steve West, VOC’s lead instructor from Golden, CO.  Course participants rebuilt a short section of the Upper Cascade trail in the Amphitheater above Ouray using stone underlayment and a short retaining wall, then moved on to the big project, a stone staircase and retaining banks in the City of Ouray’s Cascade Falls Park next to the Perimeter Trail.  “Two things we learned: if you put stones in a trail they have to be big, and if you can jump on them and move them, they aren’t set well enough”, says OTG president and course participant Steve Boyle.  Students also learned how to move rocks far too large for one person, using webbing rock slings with wood or metal handles.  The result?  Walk up to Cascade Falls from Ouray just above the OTG kiosk and check out the new stone steps. 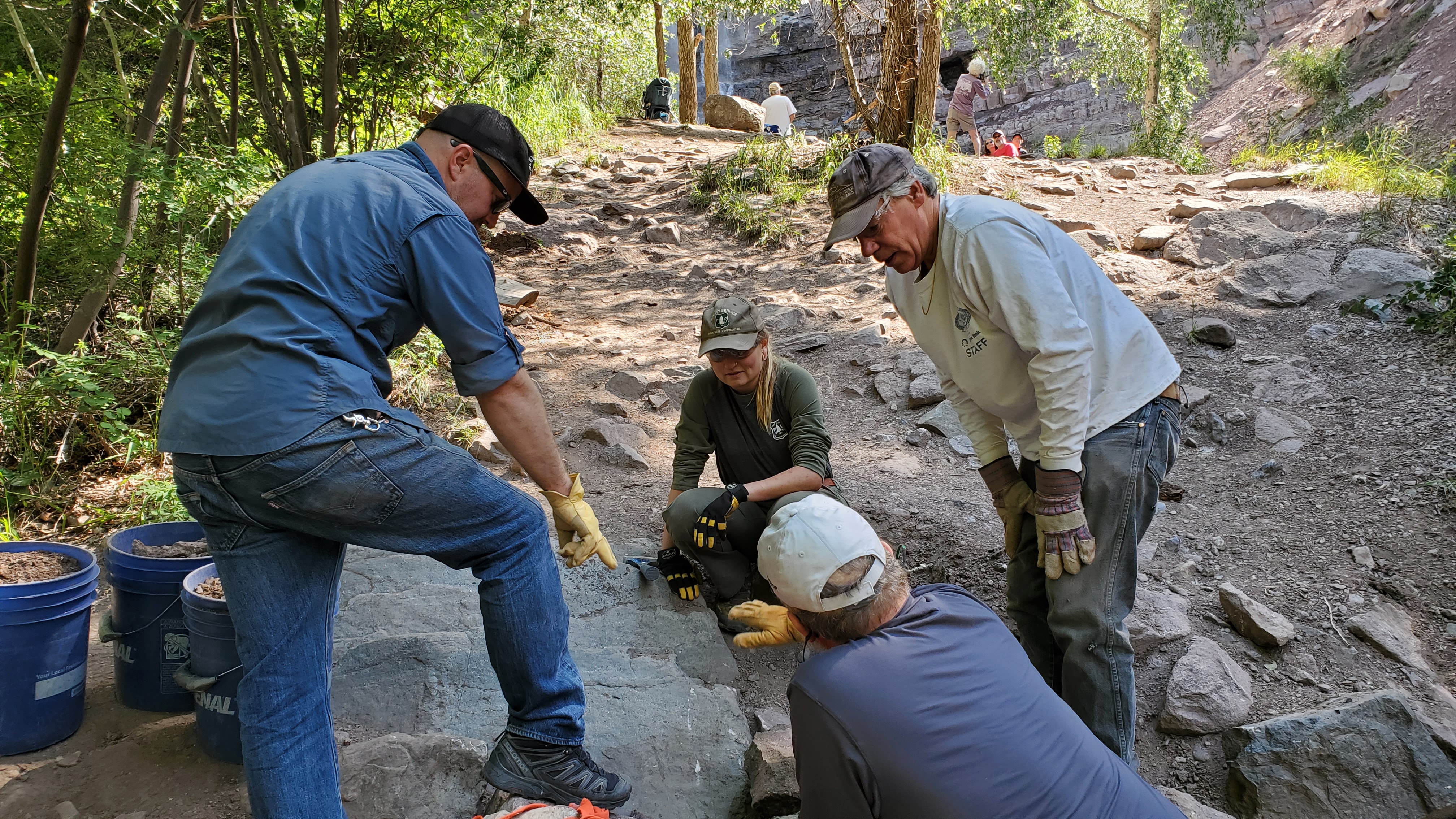 We are a non-profit corporation of volunteers, founded in 1986, dedicated to the preservation and safe public use of Ouray area trails, working in cooperation with the U.S. Forest Service, Ouray Ranger District. Copyright 2021 Ouray Trail Group.

Designed and maintained by OTG Volunteers! Hosted by PMC.