A major setback in the construction of the Perimeter Trail, as originally envisioned, occurred in 2017-18 when a newly constructed metal staircase in the Box Cañon Park was found to be encroaching on a private mining claim. At the landowner’s request, that staircase will be dismantled in the spring of 2019 and other changes made along the trail to minimize the impact of its unfortunate removal.

One of those changes that is in the planning stages will be a major upgrade of a steep staircase that descends the cliff on the west side of the Box Cañon high bridge and tunnel. The current staircase incorporates some structures that date to the 1900 construction era and need to be replaced for both comfort and safety. Construction is tentatively scheduled for the spring of 2019 but will be dependent upon weather conditions and available funding.

Other planned improvements to the Perimeter Trail in 2019 include new trails sections that eliminate walking on roads, which is a current and unfortunate necessity in completing the trail. The new trail sections are indicated as red dotted lines on the map that can be found on the Perimeter Trail page. The first of these new trail segments will replace walking 1,000 feet up Pinecrest Road north of Box Cañon Park. The second, longer new trail section on the west hillside will eliminate 2,000 feet of Queen and Oak Streets from the route in favor of a scenic path in the forest.  Both will be attractive additions to the trail. 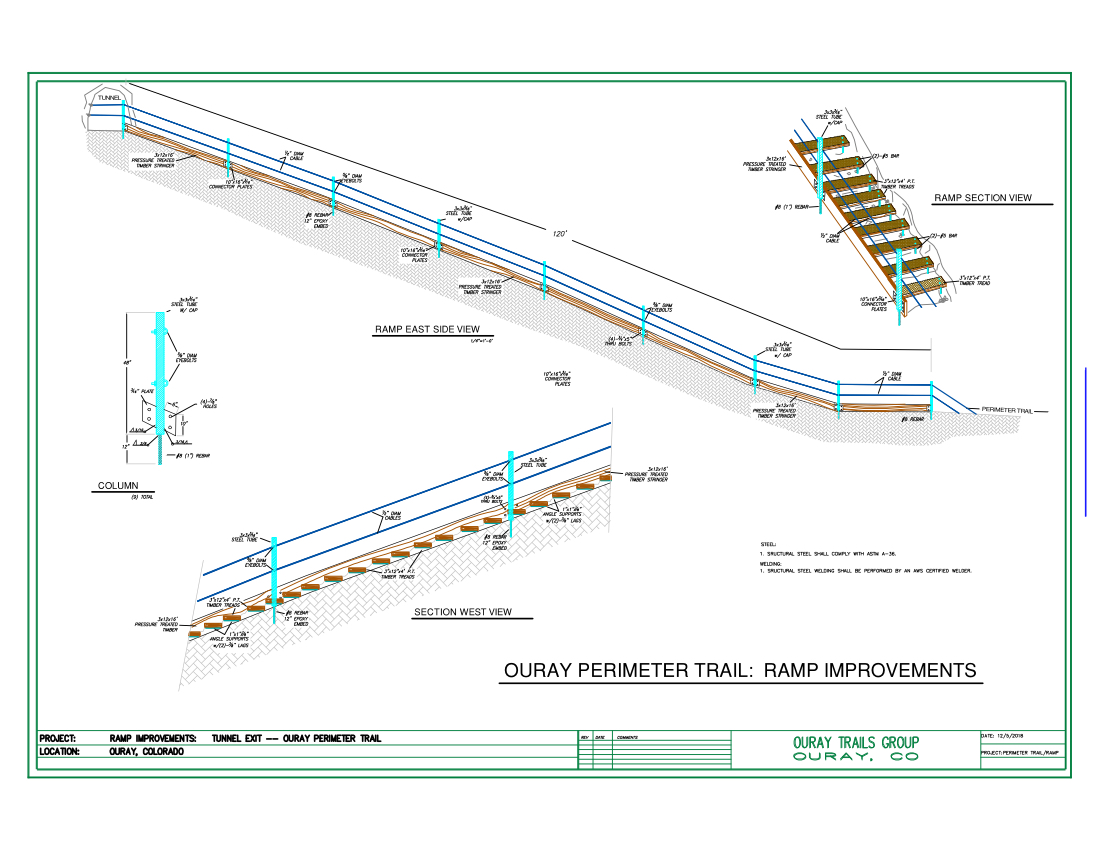